Apple followed in Microsoft’s footsteps this week to usurp the Redmond giant’s top spot as the most valuable company in history. Is Apple doomed to repeat Microsoft’s mistakes?

Since Microsoft set the bar for highest-valued public company 13 years ago,Microsoft’s valuation has slid to $258 billion, and Apple has gone from a company on the edge of bankruptcy to a consumer-brand powerhouse with a market capitalization of $616 billion. Adjusted for inflation, Microsoft remains the most valued company ever. But a jump in Apple’s share price helped it reach a $624 billion valuation that pushed it past Microsoft’s $620.58 billion peak.

While experts remain optimistic about Apple’s future, they predict the strength of the Apple empire could be undermined by potentially unrealistic growth expectations, its to-be-determined success moving beyond devices for our pockets and purses and its skill leveraging 400 million iTunes accounts into a broader payments system. They also note that in the tech industry, the number one rule is « always expect a new number one. »

« It’s like king of the hill: you stay as long as you can on top, and then things change. Some day, there will be a company that will have a higher market cap than Apple, » said Howard Anderson, a lecturer at the MIT Sloan School of Management. « No tree grows to the sky and the real issue is that it’s grown so much in the last year that it’s unsustainable. That’s not going to happen in the long run. »

Apple’s dominance will likely be put to the test by a new class of devices that don’t necessarily rely on screens, but sync with the car, home or even the wearer’s body. Like many of its rivals, the Cupertino company has long had its eye on the living room, but beyond its Apple TV « hobby, » Apple has yet to make a serious push to conquer the home. Living rooms, as well as kitchens, bedrooms and even heating systems, may be next crucial frontier for Silicon Valley firms.

« The new categories are going to be things that do not necessarily have a user interface. One that’s talked about a lot is the TV play, and it’s still to be determined whether that will be one of Apple’s successes or failures, » said Carl Howe, an analyst with the Yankee Group. « Another area I’ll point at that they’ve talked about — but people have not talked about much since then — are cars … I think that’s going to be a surprisingly big category for a lot of people. »

Forrester analyst Charles Golvin concurs that Apple will be challenged to tackle « not just the living room, but the home in general » with services that control everything from the locks on the doors to the heating and cooling of a house. But it’s Apple’s next television offering — if it delivers one — that could have the biggest influence on Apple’s fate in the near term.

« I think the greatest risk to Apple is the risk that they don’t meet the over-inflated growth expectations in opening a new market like TV, » Golvin said. « There’s been so much speculation, such as Jobs’ comment in the [Walter Isaacson] biography about cracking the TV interface. »

Tech companies such as Google and Olympus are also investing in building portable computers than can be worn, not carried, as a potential alternative to the smartphone. While Apple has applied for patents that hint at its plans to develop wearable computing technology, it’s been characteristically mum on its hopes and dreams in this field. Meanwhile, Google is forging full steam ahead with its plans to begin selling its Project Glass device — smart « glasses » that can snap pictures, share messages, or show information — early next year.

Apple will also be battling Google, Square, Facebook and a host of other companies in the war to serve as our digital wallet. It has already processed billions of dollars in purchases from the sale of digital media and apps. Serving as the payment system for physical goods in the real world could be next.

« The sneaking business lurking underneath is payments, » Howe said. « This isn’t about a technology like NFC [near field communication]. This is, ‘I’m going to use my iTunes account to pay for stuff.' »

Apple’s sheer size could be as much a curse as a blessing. All large companies face difficulty keeping up their growth rates as they grow, and despite whispers from some corners that Apple could become the world’s first $1 trillion company, its past sales successes will be increasingly difficult to match.

Experts also note that Apple’s partners, perhaps wary of the company’s dominance in the market, might sour on Apple, or at the very least seek additional partnerships with rival companies to decrease their reliance on Apple. Carriers, for example, are « not so fond of Apple » because its devices are much more expensive than smartphones from competing smartphone manufacturers, according to Howe.

« The other risk Apple faces is if the very partners in the ecosystem that they support become more nervous about the influence and power that Apple exerts over the market, » Golvin said. « There’s a general concern about what begins to look like monopoly power and, in particular, the perception among some companies that Apple always gets the best deal. »

Of course, with Apple, there’s always the question of whether it can live up to its promise of building « incredible products » and avoid the innovator’s dilemma. Though experts say they have confidence that Apple has a rich pipeline that will deliver innovative goods over the next few years, many no doubt expressed similar optimism about Microsoft’s prospects in 1999.

« They’re certainly going to be one of the most valuable companies for probably the next decade, and that’s if they just keep doing what they’re doing, » Howe said. « If they have new products in the pipeline equivalent to the iPhone, they’re going to be here for the next hundred years. » 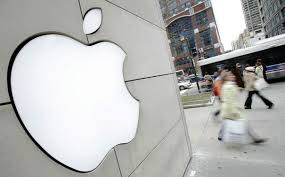